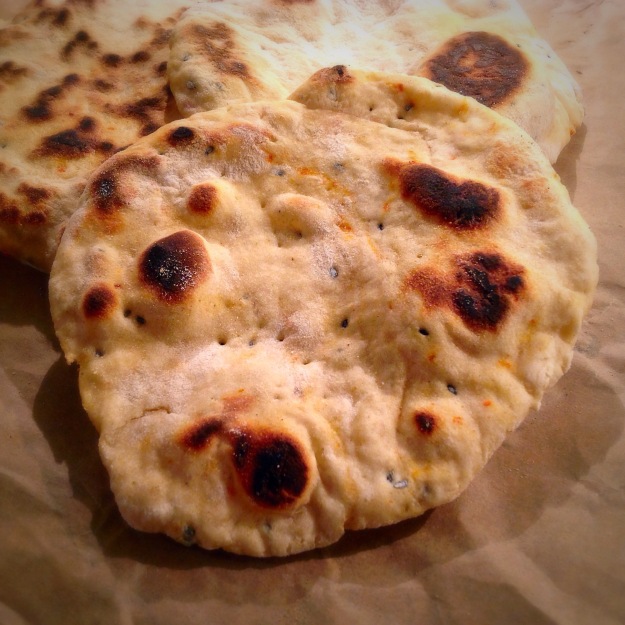 I love Masterchef Australia; for some reason I watch the series religiously whereas I don’t watch the UK version at all!

One of the judges is a food critic called Matt Preston and he also gets involved in the master classes and shares lots of ‘cheat’ recipes; the first time I came across banana ice cream was from watching one of Matt Preston’s cheats. 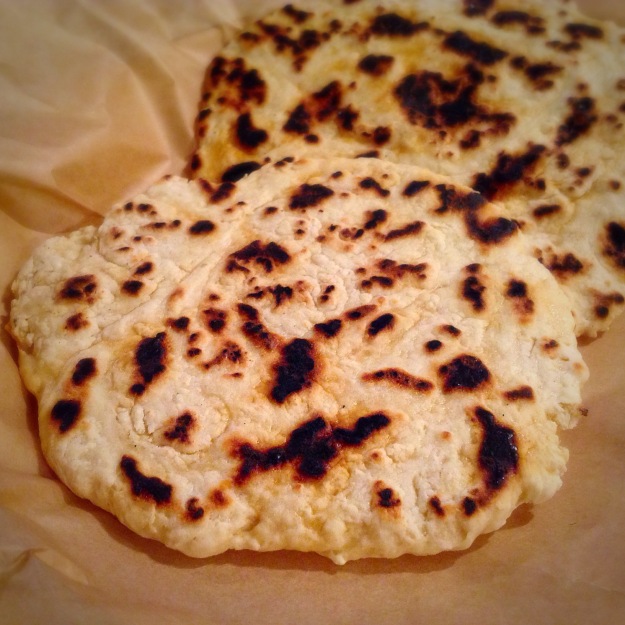 Just mix 1 cup of natural yogurt with 2 cups self raising flour (basically any measurements as long as the flour is double the yogurt);
mix well – probably easiest in a food mixer;
separate the dough into balls and roll flat;
cook on very hot griddle/tawa without any oil.
Turn over when you see brown spots forming and cook the other side – et voila! Done!

I made these again at the weekend:
I used a thinner, 0% natural yoghurt (I used Greek yoghurt previously) and it was easier to mix;
this time I rolled them a bit thinner and made the rounds a bit smaller;
I heated the tawa over my medium gas ring instead of the biggest hottest ring so that they cooked a bit slower;
They puffed up more and cooked through better;
I also added some spices:
1tsp Coriander
1tsp Cumin
1tsp Nigella seeds
1tsp Aleppo chilli flakes
1tsp Garlic granules

I will of course now be working on a gluten free version – you know me! 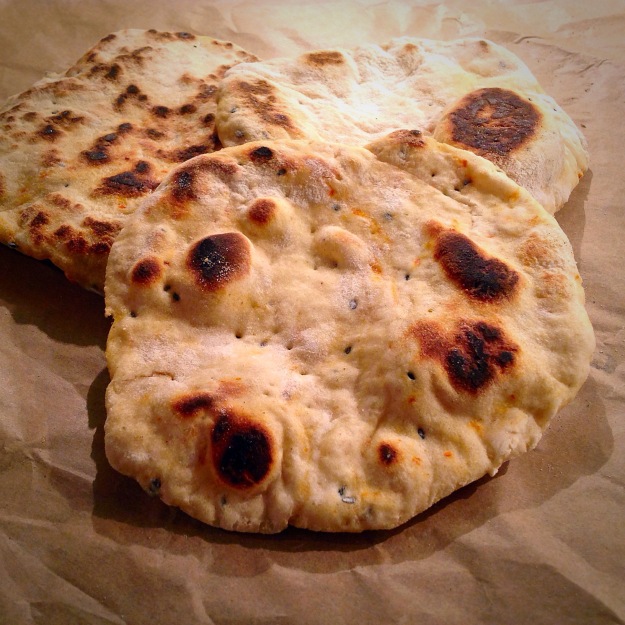 © Elaine Boddy and foodbod, 2013, 2014. Unauthorised use and/or duplication of this material, including photographs without express and written permission from this blog’s author and/or owner is strictly prohibited. Excerpts and links may be used, provided that full and clear credit is given to Elaine Boddy and foodbod with appropriate and specific direction to the original content.
%d bloggers like this: