I recently decided it was time for me to make preserved lemons; they are such a staple in many Moroccan recipes, and in many Middle Eastern kitchens that I decided I definitely needed to have some in my Middle-Eastern-Middle-England kitchen, but whenever I’d tried shop bought ones, I haven’t liked them…

So, I thought I’d make my own and see if they turned out better…and I’m happy to say that they did! The flavour and consistency is quite different from the ones I’d bought here (I haven’t bought them elsewhere to be able to compare), so from now on, I’ll be making my own 🙂

I decided to make three different versions and see how the flavour differed, hence the three jars; I started the process a month ago and tried them for the first time this weekend. Opening the jars was like Christmas, wondering what I would find…but before I get to that, let me tell you how I made them… 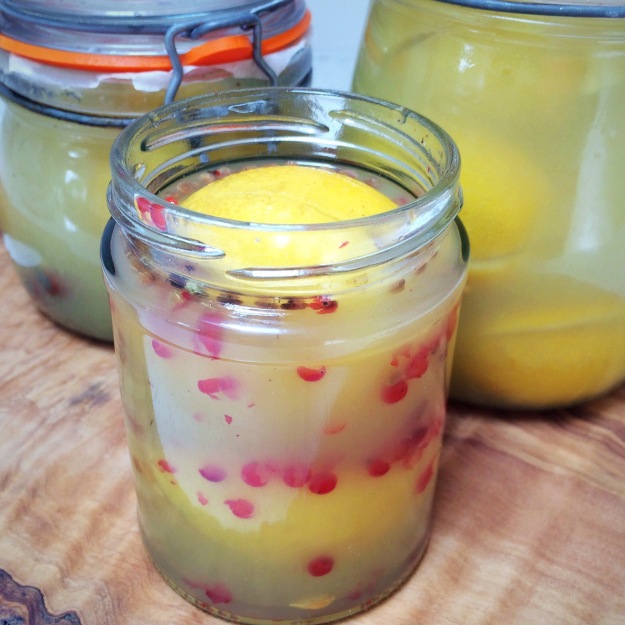 I’ve read several recipes and in particular kept in mind Kellie’s post and this post, but the basics are this…

You need lemons, salt, lemon juice and a jar, and that’s pretty much it!

The lemons need to be small and unwaxed – I couldn’t find unwaxed lemons so I bought the smallest lemons I could find and cleaned off the wax with boiling water: put the lemons in a colander and pour over boiling water to melt the wax off. As they then dry, you’ll be able to see if there’s still any wax left as it dries white and then you can scrub it off with a scourer and hot water

Cut into the lemons lengthwise as if you were cutting them into quarters, BUT without cutting all the way through the end so that they stay intact

Sprinkle some good quality salt in the bottom of the jar; stuff each lemon with a tablespoon of salt then press them into the jar, pushing out juice as you do

Fill the jar, stuffing the lemons in well, then top it up with more lemon juice until the lemons are all covered

Line the lid with the silicone paper and fit the lid

The jar now needs to be left in a cool, dark place for 3-4 weeks to do their job, the longer the better; keep them somewhere where you’ll see them and turn them every so often to shake up the salty liquid, and ensure that the liquid still covers the lemons, whenever they catch your eye… 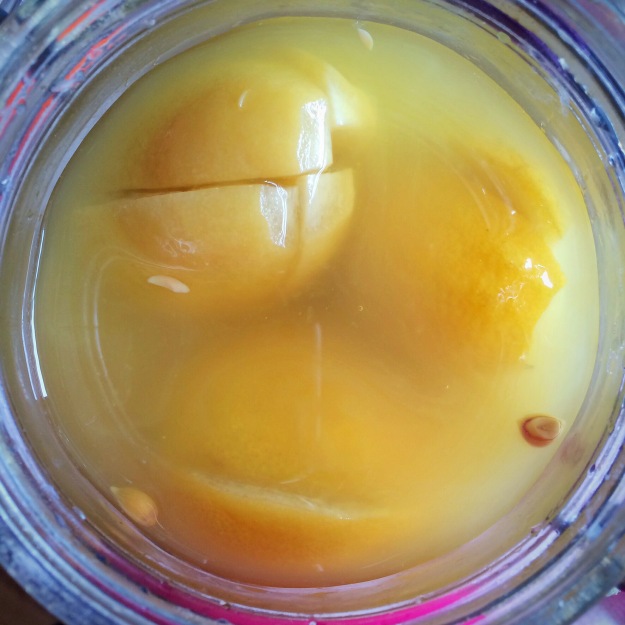 You can add aromatics to the jar too, Kellie likes to add pink peppercorns and bay leaves, so I tried that version in another jar; I also made up a jar with added cinnamon sticks, star anise, cardamom pods and cloves – a real Christmas spice feel.

When I finally opened the jars this weekend, the smell was amazing! The liquid had become so syrupy, I almost wished I could eat it, but luckily you can save it for future batches, and the lemon skins were soft and pliable.

And the added aromatics do make a difference! I could definitely tell the difference between the lemons preserved with the ‘Christmas’ spices mix and the ones without; I’m struggling to find the words to explain that difference though!! You’ll have to try for yourself 😉

Being preserved already, the jars can remain in your cupboard for up to a year, they don’t need to be stored in the fridge, which will also make a difference to them when you use them; if you put them in the fridge, the skins will harden with the cold which will spoil the experience as far as I’m concerned.

So now, how to use them…the aim is to use the lovely soft skin; the flesh will be very salty and doesn’t tend to be used, but if you like the taste, go ahead. You can add the skin to salads, dips, tagines…the opportunities are as endless as your imagination.

How to use preserved lemons

During the last week I’ve added preserved lemons to freshly made homous, and several salads…they add such a lovely flavour and texture… 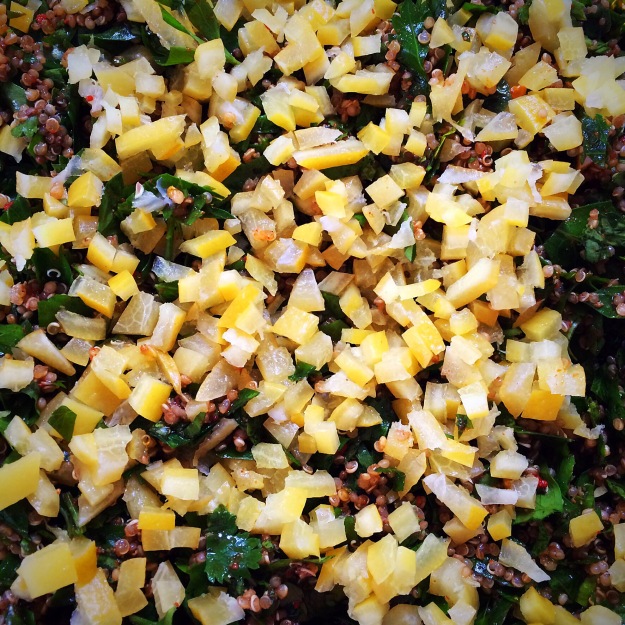 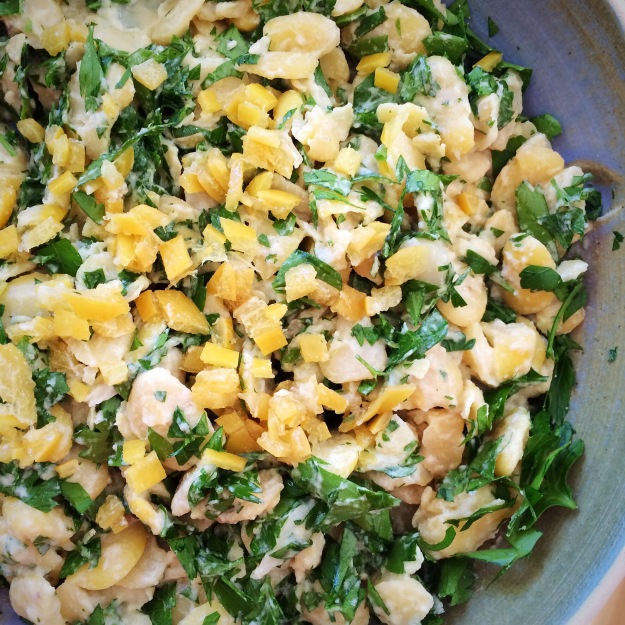 I am taking several jars of preserved lemons to this week’s Fiesta Friday, and I hope that everyone there likes them, and that I’ve inspired you to make your own – homemade is always best 😉

I do love this loaf, as much because I love the flour I used to make it, made with 100% @cotswoldflour Cotswold Crunch and my standard master recipe quantities with less starter to prevent over proving in the heat, and, as always, baked from a cold oven start…mmmmm….🌟🌟🌟
I’ve been asked so often if I’ve got t shirts and bags available - now I have! I’m so excited! I hope you like them too 🤩🤩🤩🤩🤩 find the link to my store from my main bio page xx
Who fancies joining me for lunch? (Or breakfast or dinner depending on your time zone). You’d be so welcome 🤩🤩
If you fancy a loaf with a difference, try my breakfast mix loaf, packed full of these beautiful ingredients, it produces a wonderfully flavoursome loaf…if you try it please do let me know…
Let’s get spicy! This is my breakfast mix loaf, made using my master recipe with added spices, oats and seeds, it smells amazing and tastes fabulous, on its own, with butter, cream cheese, or the topping of your choice..
My master recipe sourdough sandwich loaf…so simple and so good! Have you tried it yet?
You always control the dough…listen for top tips…
Do what makes you happy: making dough makes ME happy 🤩🤩🤩 how about you?
Easy steps for protecting your dough and yourself in the heat…find more detailed help in the links from my main/bio page, or ask me 🤩🤩🤩
A happy freshly baked loaf of sourdough, made using my master recipe and @cotswoldflour Churchills white flour…how’s your sourdough going? If you need any help, let me know…happy baking xxx